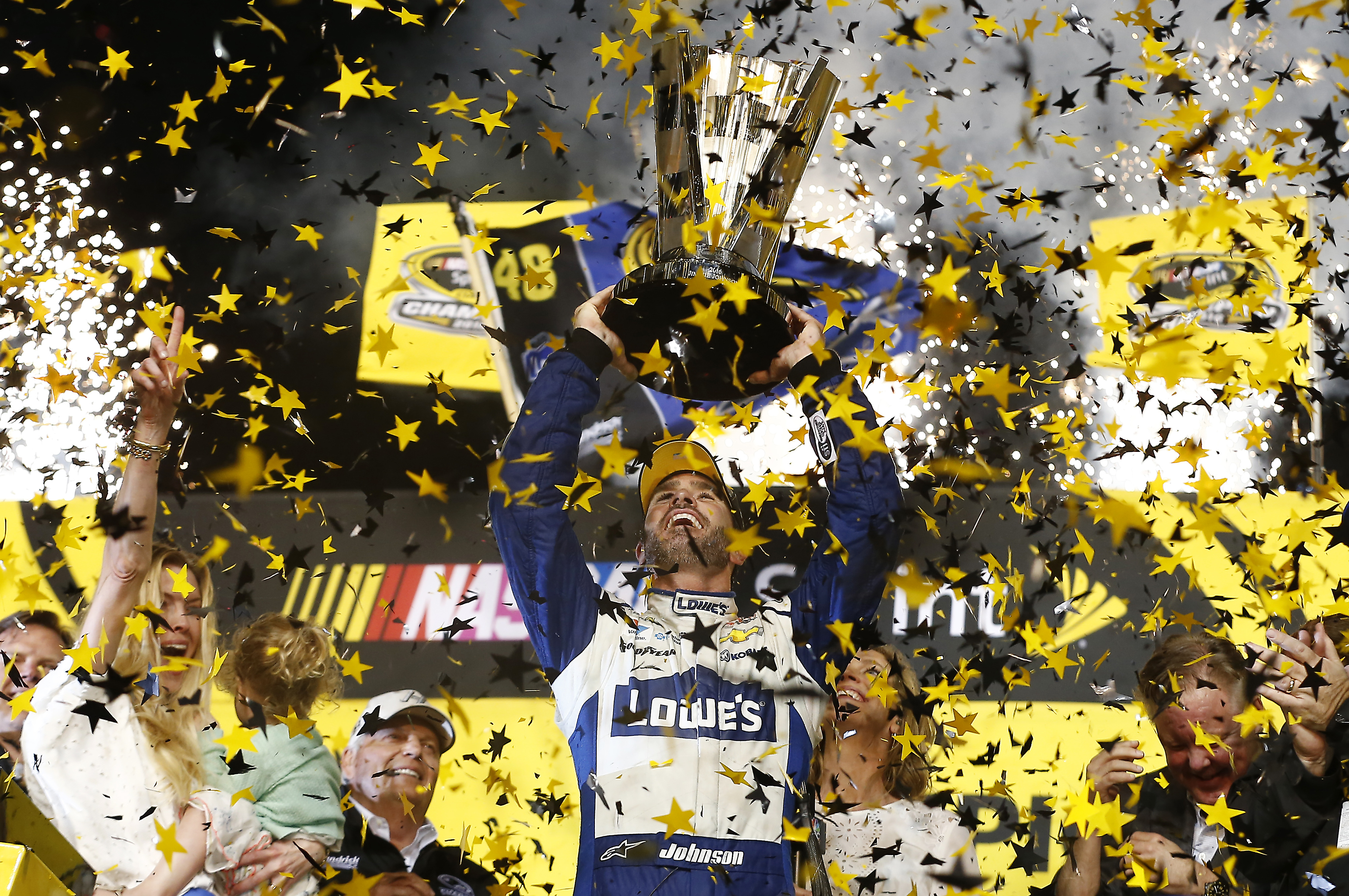 “The winner ain’t the one with the fastest car, it’s the one who refuses to lose.”  - Dale Earnhardt

Jimmie Johnson did not have the fastest car at Homestead in the Championship finale. The cards were stacked again him, but he and his relentless crew refused to lose. Their reward is one of the most revered in the history of auto racing: they are now 7-Time NASCAR Sprint Cup Champions. 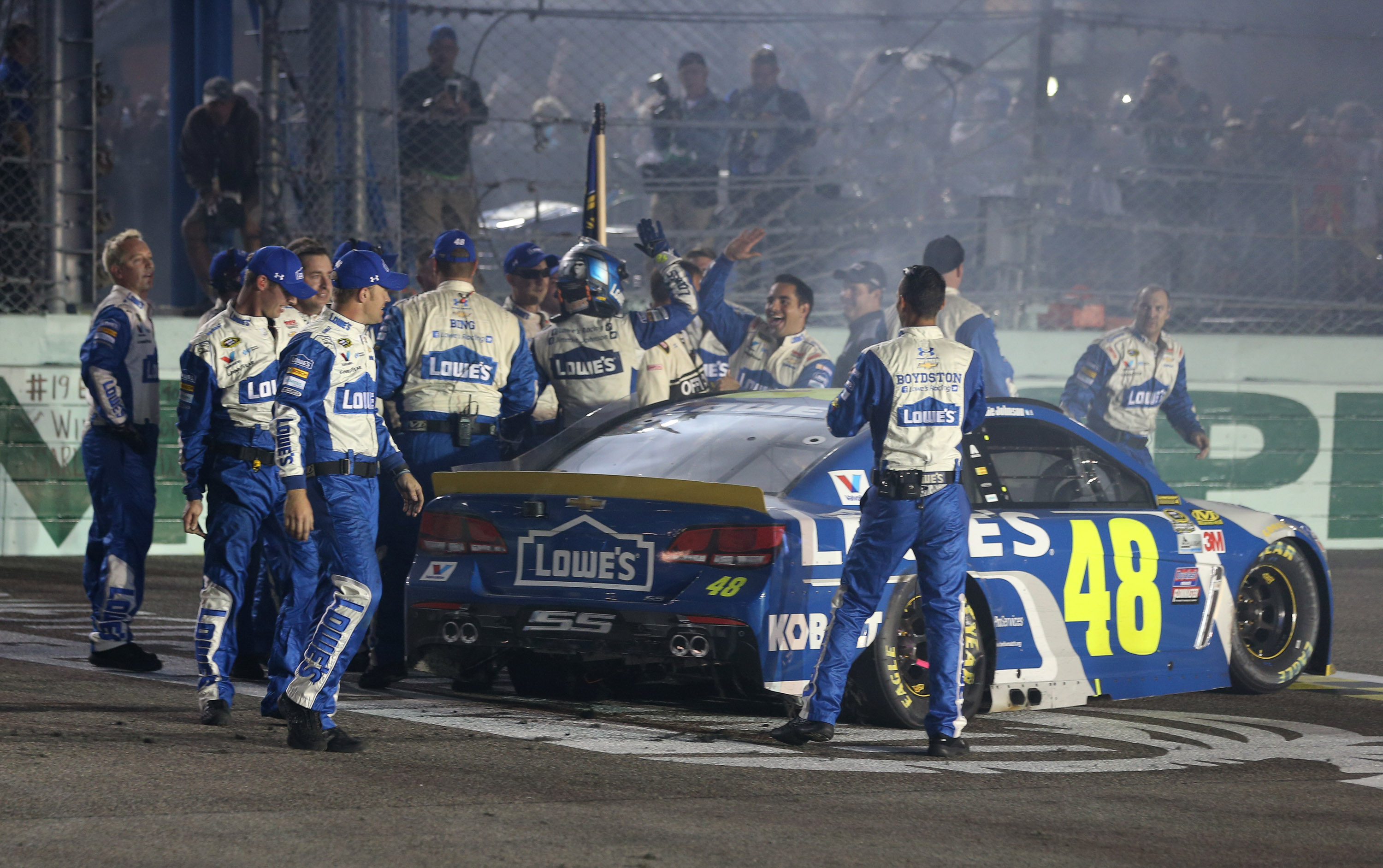 Team Lowe’s Racing prides itself on living up to their motto: Never Stop Improving.

Jimmie Johnson and his No. 48 crew lived up to that and more tonight and throughout the 2016 Sprint Cup season. They persevered through a rough summer, and when hope seemed lost late in the Championship race, Johnson dug down deeper than ever. He wheeled his blue and silver Lowe’s Chevrolet through accidents and past the fastest of competitors to take the lead for the first time coming to the white flag. 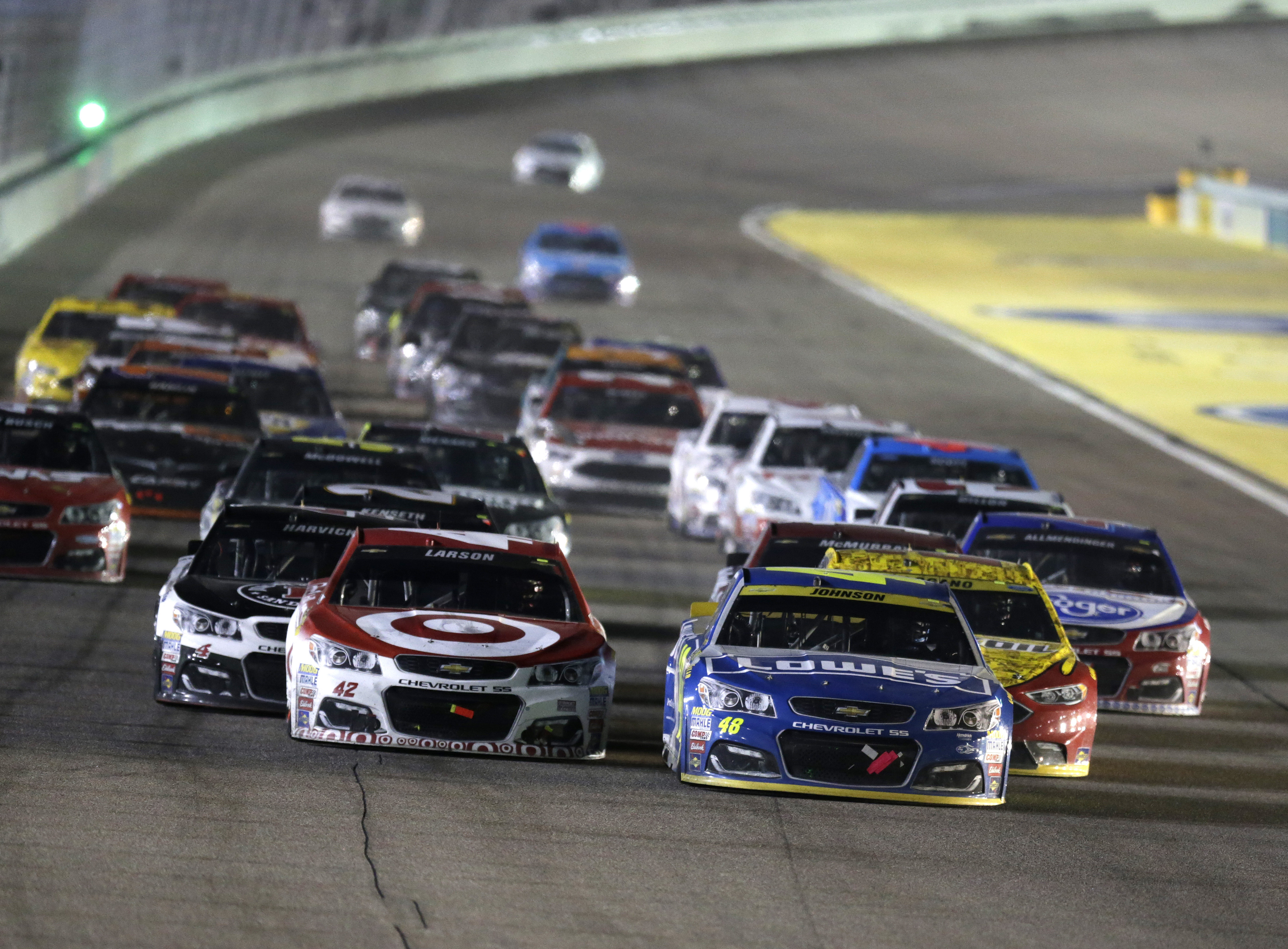 As Johnson crossed the finish line on the 2016 season, he entered NASCAR’s most elite fraternity: he equaled “The King” Richard Petty and “The Intimidator” Dale Earnhardt as the only seven-time Champions in the sport’s 68 year history.

Johnson couldn’t have done it without the help of his friends: “Just beyond words.  Just didn’t think the race was unfolding for us like we needed to do to be the champs, but we just kept our heads in the game. Chad called a great strategy, made some great adjustments for the short runs.  Luck came our way and we were able to win the race and win the championship. I wouldn’t be here without so many people believing in me and giving me this chance; from my dirt days – my parents first and foremost, my brothers, my wife and family today.  Car owners, sponsors, Chevrolet, Lowe’s, so many amazing people along the way that believed in me to give me this chance.  Jeff Gordon, Rick Hendrick, all the men and women at Hendrick Motorsports for working so hard to get these cars fast and giving me an awesome 15 years with the company. Just thank you. From the bottom of my heart, thank you.  So thrilled to be in this moment and so grateful for the opportunity and so thankful and blessed. I am at a loss for words.

“It’s big. It has a different meaning. The No. 7 has a very special place in my heart with Ricky Hendrick. As a lot of people know.  For some reason I just felt good and calm today and things just kind of unfolded at the end for us. I know it was help from above.  In my heart I wanted to believe it would happen. It has and I just can’t believe it. Thank you so much!

“My heart is so full. I had this crazy calmness over myself all day long leading in to this.  Even with us running fifth and the championship not looking like it was going to be there.  I just felt something. My heart was full because I was thinking of some loved one. Ricky Hendrick and his influence of me being in this race car. Dedicating the #Se7en hashtag to him and kind of building up to this.  Something happened from above.  It was those late restarts that gave us this opportunity.  I’m just so thankful.  So thankful to have Robert Niblock here from Lowe’s. They have been with me since day one, and believed in me.

“Chevrolet – it is the only car I have ever driven.  Hendrick Motorsports. It is home for me.  It has been the perfect place. My family, friends as well. You wish you could say something really impactful in these moments but there is so much swirling going on right now in my head. I’m overly blessed and thankful.” 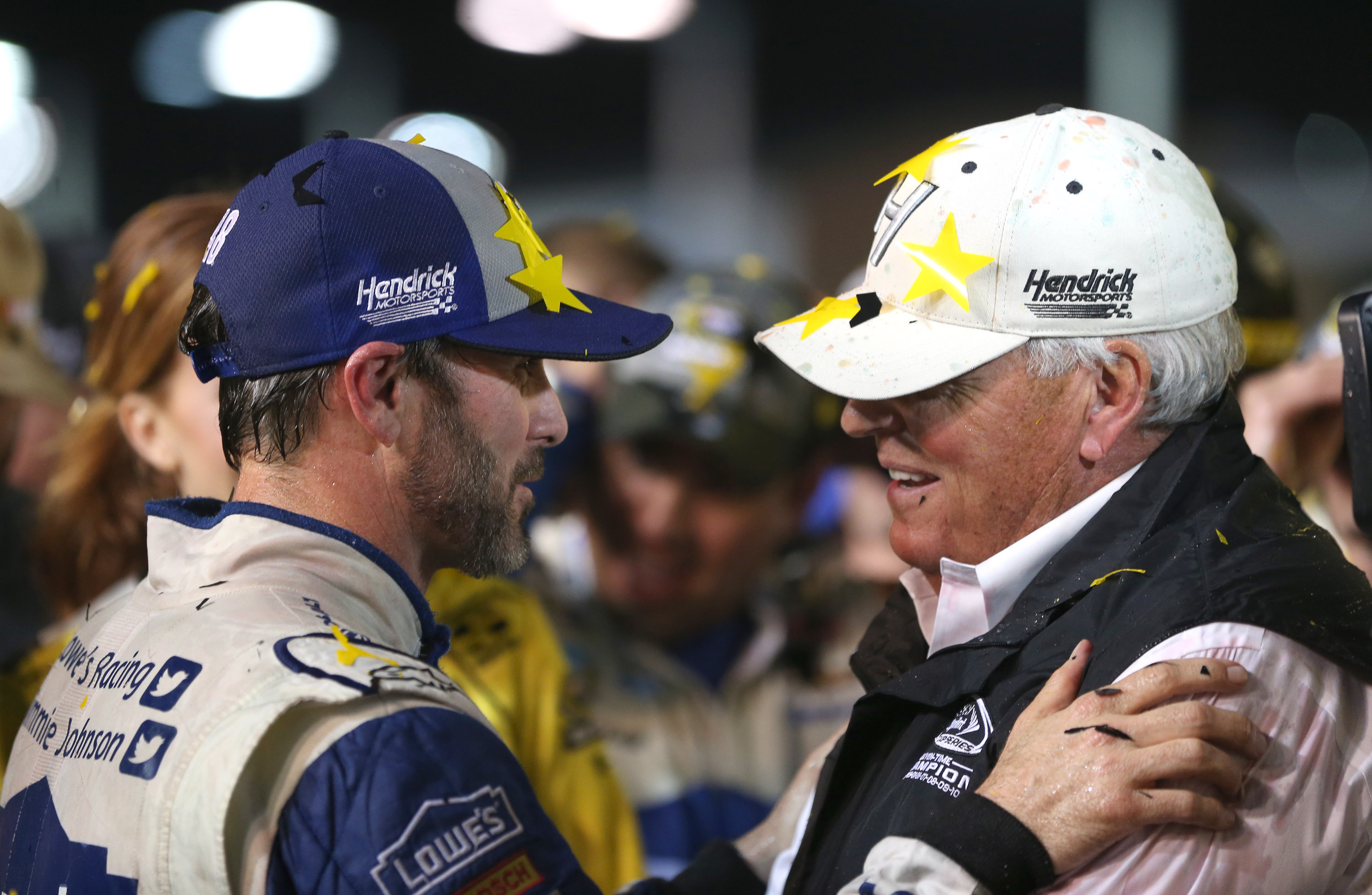 Then in classic sports fashion, Gatorade not only replenished Johnson as he celebrated, they cooled him down after a hot night of intense competition…

543 races, 80 wins, and 7 championships in 16 years for one driver, one crew chief, one team, and one sponsor. Jimmie, Hendrick Motorsports, and Lowe’s could not be prouder of their run – and they will Never Stop Improving. 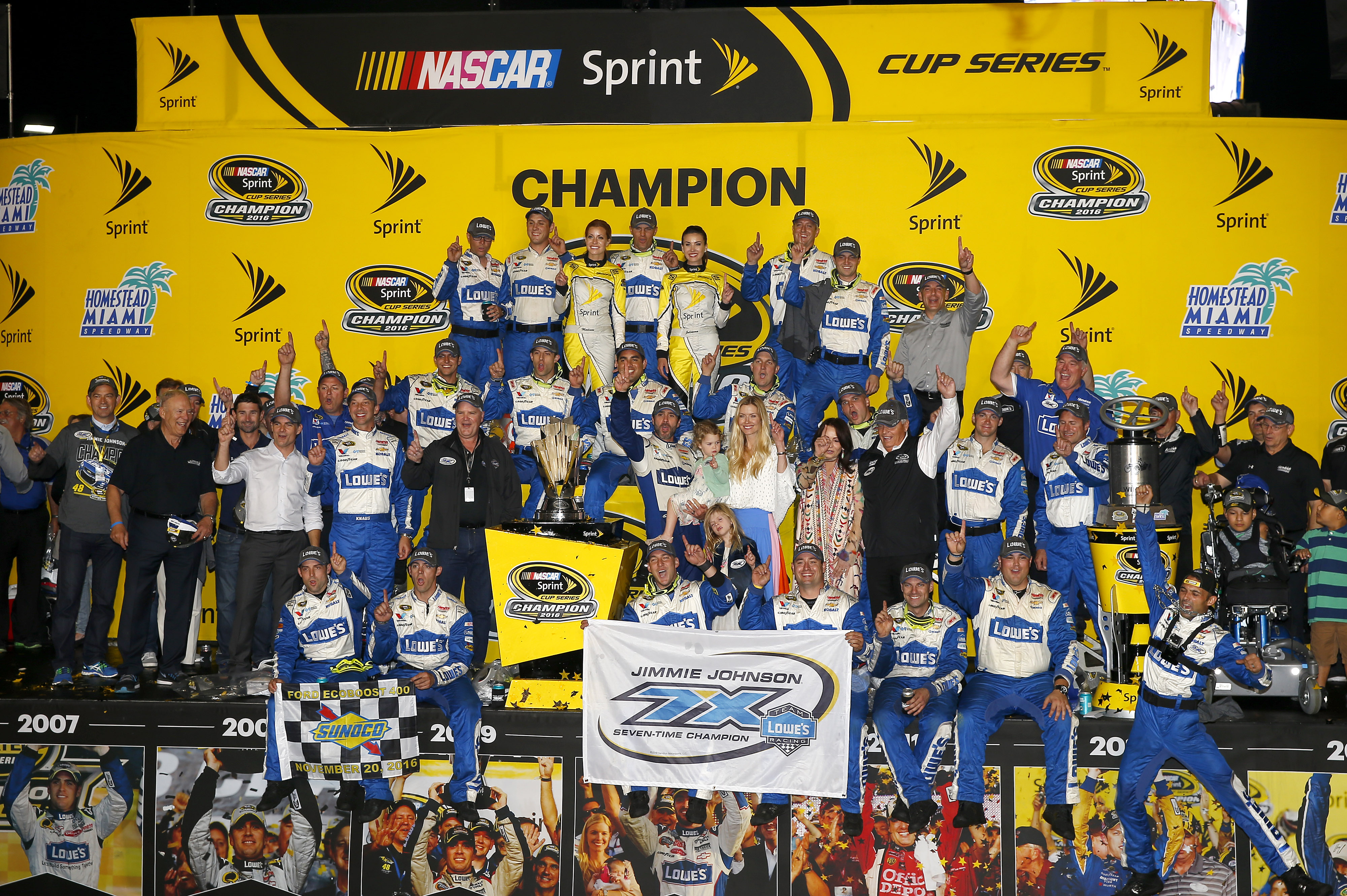