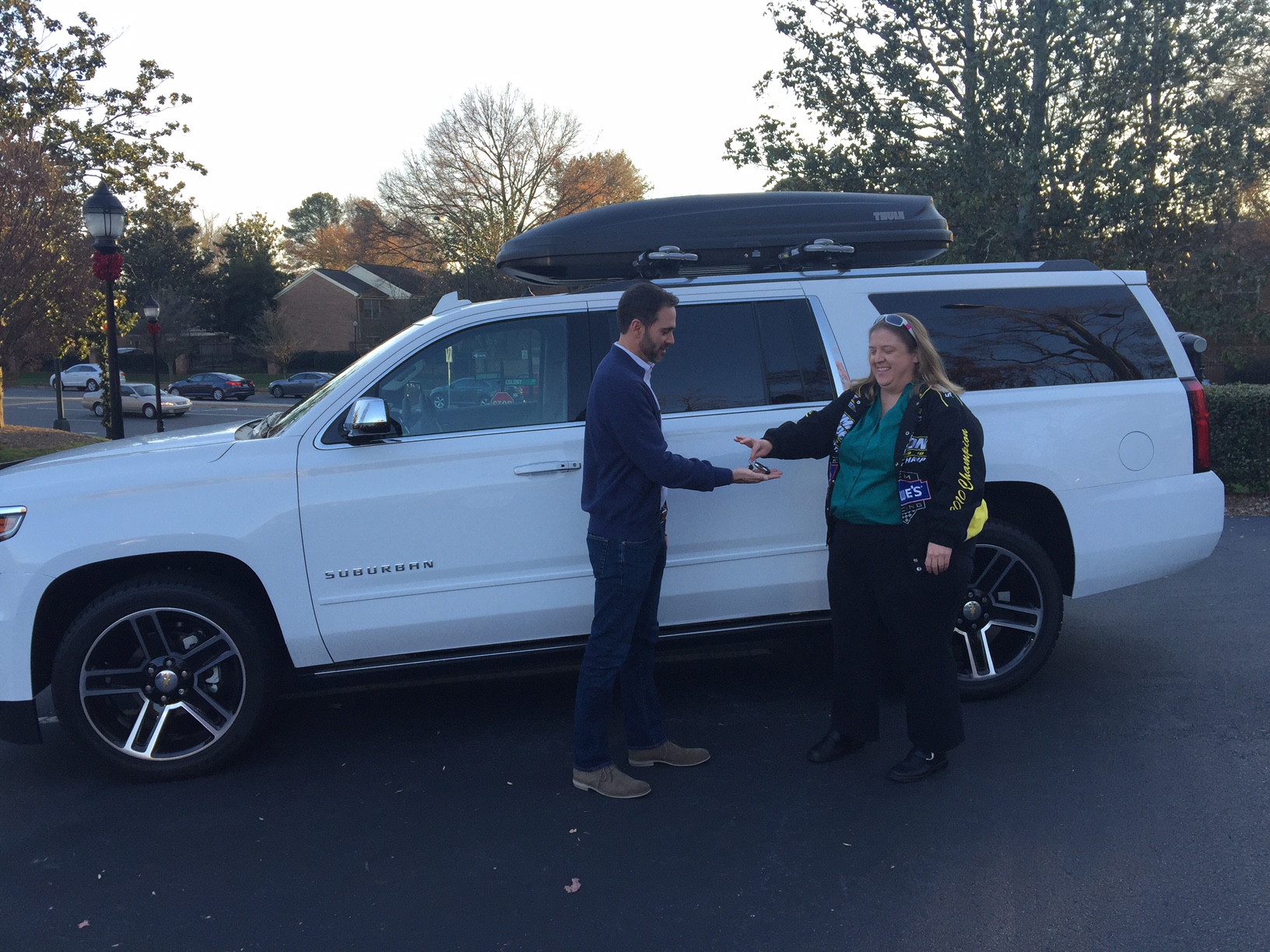 Early today, Jimmie Johnson handed over the keys to his fully-loaded 2015 Chevrolet Suburban to Jean Dowling,  the winner of the 2016 Jimmie Johnson Foundation Raffle. Dowling, who flew out for the handover from New Mexico, had seen the raffle mentioned on Johnson’s Facebook page. Though the thought of winning a new car was exciting, her ticket purchase was truly spurred from her recollection that “I haven’t done enough for charity this year.”  The funds raised from the raffle, $125,646 in 2015, are used by the Foundation in their goal of assisting children, families and communities in need.

As one of over 2,550 participants of the raffle, Jean expressed her shock and surprise to be chosen the winner, "When I bought a ticket, never in my wildest dreams did I think I would win!  I've never even won a cake at the cake walk in the fall carnival.  I am so thankful to be so lucky!" In addition to her excitement of recieving the brand new Chevrolet, she was also thrilled to spend time with Jimmie during the handoff of the keys...a special perk of winning the JJF raffle.